UK Universities Fall In The League Tables – An alarming statement! 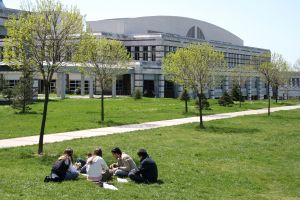 Did we see it coming?  Times Higher Education World Rankings 2014-15 report that only seven UK universities were among the top 50 Universities.

Add four more UK universities within the top 100 for a total of eleven. Not good enough!

Universitas 21 ranking for Year 2014-5 indicates that UK still has a good standing, holding the 10th place for higher education with the US, Sweden, Canada, Finland and Denmark going head of the UK.  London School of Economics, Durham, York and Edinburgh remained on top and in fact rose in ranks, but  US universities grabbed seven of the top ten slots    The top 200 included Asian universities such as University of Tokyo, National University of Singapore and University of Hong Kong. Singapore’s Nanyang Technological University took a creditable jump by 15 places, reaching the 61st slot in the top 200. South Korea and China followed with a fair number holding slots which could be higher in the next league tables. Among those that fell in ranking were stalwarts such as Bristol, Aberdeen, St. Andrews, Sheffield, Glasgow and Birmingham.

Universitas 21 is the first and only body worldwide that assesses national higher education systems using four key indicators, resources, environment, connectivity and output as the benchmarks in setting standards. The ranking system was developed to aid external agencies such as governments and education institutions to use its research in order to create a climate suitable for these educational institutions to contribute to the economy and cultural development, among other reasons.  The raw data for the rankings are extracted from the public domain.

In the UK, data for entry standards, student-staff ratios, spending on academic services and facilities, degree completion, overseas student enrollment, the standard of honors degrees and graduate prospects are monitored by HESA (Higher Education Statistics Agency- UK). HEFCE, SHEFC AND HEFCW introduce and monitor policy which also include providing data for the tables.  They also allocate public funds to the universities.

Whilst it is common for parents and students to study the league tables provided by various institutes prior to choosing a degree course, not all tables provide all the information required to make a sound decision.

It could be a common mistake to assume that since a university stands at the top of the league tables in academic and educational reputation, that says it all! What about the student satisfaction ratio? What is the staff vs student ratio and how many actual hours do lecturers put in? Are entry requirements realistic or are they being dragged down to attract student numbers?  From where do universities collect their data and statistics?  Do some rankings lean heavily on a particular aspect whilst another league table may dwell a little more on a different criteria? What about subject ranking – are they a better indicator of the actual positioning of a university? What are the graduate employment prospects? It is a fact that there are universities that are highly regarded in specific career areas, although they are not close to the top of the tables.

Staying on top of the league tables mean more than academic and educational investment and there comes the important aspect of Colleges and Universities maintaining compliance standards. There can be no lowering of standards to attract weaker students.  BQU, in partnership with Veristat, provide specialist advice and related services on immigration to UK education providers and employers. Their practical guide to Tier 4 compliances guides universities on the sure steps to retain UKBA compliant Highly Trusted Status without investing too much. Their specialist expertise is based on practical experience and knowledge on Tier 4 responsibilities, mandatory records, reporting responsibilities, audit preparation, attendance monitoring and possible penalties.

Providing evidence to UKBA can extremely costly, as recently reported on by The Higher Education Better Regulation Group (HEBRG). The cost could be approximately £ 360,000 per annum!  Some UKBA regulations, e.g. those designed to control student immigration has been found to be a maze of confusing detail.  Ratings will continue in the years to come. Benchmarks may rise. Competition would intensify but as long as quality and compliance are not impaired, Universities would be better prepared to face the battles ahead.