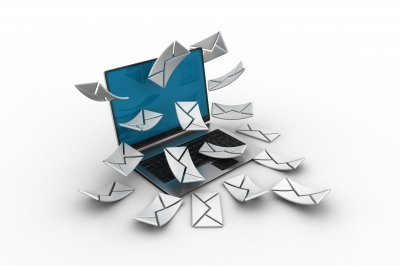 Digital Marketing is an ever-evolving aspect, and with time, the tips and tricks needed to succeed in it will evolve and change according to the adoption of technology.

Email marketing is a very popular and interesting branch of Digital Marketing, and here are some tips on Email Marketing, which were based on some interesting observations or trends seen in the past few years by leading inbound marketing specialists and email performance analysts Hubspot and Litmus (Source: Science of Email 2014 – Hubspot).

1.     A picture paints a thousand words: A survey that asked respondents whether they prefer emails which were mostly text images resulted in showing that two-thirds (67%) of the population prefer image based emails. This could be a number that could be incorporated into your emailing for best results.

Tips: Send image based emails twice, for every three mailings. However, remember to add appropriate Alt text to images, so that if the images fail to load, the viewers will still know what the image is.

2.     Exceed not your actions: Certain observational data showed that when emails have too many images in them, the Click Through Rate decreased. This means that too many graphics can put off people from attentively engaging with the email content

Tips: Achieve the right balance between the amount of images and the other content

3.     Fly High, Fall low: It has also been seen that as the height of the image increases, the click through rate decreases. Tall images immediately increase the email height and the content of the email may not be visible in one screen view, and the important Calls-To-Action may only be visible upon scrolling down, making you lose out on potential clicks

Tips: Test your emails with various screen sizes and devices for height and see the cut-off points and attempt to make the important text/call-to-actions fall within those areas

4.     All’s fair in love and purchasing: When asked how often people buy products from email messages they’ve received, 35% said “Never”, a rise from the 25% who said never in 2011. This shows that the tendency people have to purchase a product/service through an email message is decreasing.

Tips: This is a lesson to make your lists as permission-based as possible and to pick only relevant and targeted audiences for mailings

Tips: This is a lesson to make your lists as permission-based as possible and to pick only relevant and targeted audiences for mailings.

6.     Know Thy Device: A survey was conducted to find out the devices used to read email by age group. As expected, the younger age groups 18-29 had a higher tendency to read their emails on their phones, whereas tablets were most popular among the middle-aged population 30-44. This may be due to the larger screen of tablets. Desktops/Laptops were most popular among those aged over 60, understandably so due to the lack of familiarity with touch screen systems and non-windows operating systems/interfaces.

Tips: Try as much as possible to make your emails compatible with all devices by testing before sendout

7.     Plain vs. Fancy: Believe it or not, there are still some people who prefer “Plain-Text” emails over HTML emails, especially in older age groups (45-60). However, among the younger age groups (18-44), HTML is preferred greatly over plain-text.

Tips: Use a tool for HTML emailing such as Constant Contact or Mailchimp

8.     Timing is everything: When assessing the performance of emails based on which day of the week they were sent out, it is surprisingly true that weekends have higher Click Through Rates, probably because people are more or less relaxed and willing to learn more. Mondays and Tuesdays are the worst days for emailing since most mailboxes are generally filled with work correspondence. Thursday seems to be the best day out of the weekdays for mailing.

Tips: Study response patterns for past mailings and pick the best days of the week to send emails in terms of open and click through rates

9.     iPhone grown: Out of the mobile devices used to read mails, over 50% of the mails are read on iPhones, whereas Androids have less than a quarter of the market. This is a tip to always test your emails with mobiles, preferably with iphones.

10.  Too much on my mind: There’s a direct negative correlation between the body length of an email and the click through rates, due to the simple reason that people will not have the time or interest to browse through long lines or paragraphs of text.

Tips: A simple concise message that can capture interest is best

Tips: Keep your subject lines as short as possible, 3-5 words would be ideal

Tips: Always have a person’s first and last names as the from name of your emails

13.  Call My Name: Most email tools and providers allow personalized greetings (Eg: Hi Nimal, Dear Nimal) This sort of greeting is shown to be drive more Clicks, understandably due to the fact that readers get a good feeling when they are referred to by first name. This is another fact which points at permission based lists.

Tips: Add personalized greetings to emails and newsletters as much as possible

14.  Highs & Lows: In addition, the research has found out the effect of certain words in subject lines that may increase or decrease the open rates. Terms like “Thank”, “Download”, “$”, “Tomorrow”, “(No Subject)” are seen to yield high open rates whereas terms like “You”, “Free”, “!” , “Quick”, “Meeting”, “Fw” yield lower open rates.

For more assistance on email marketing or to conduct an email campaign, contact BQu Services on +94 773 22 44 20