How to manage your time if you are a night owl 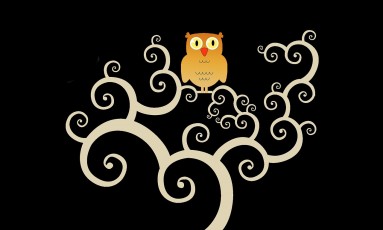 According to all Sleep Educators and Therapists, night owls are not so due to a desire to keep their eyes open with clips however late and resolutely go on and on, but those whose natural physiology predisposes them to later sleep/wake up times.

It’s all to do with your circadian rhythm, and all of us could be night owls, larks or in-betweens. The sad part is that these very night owls are expected to follow the early bird routine that the masses follow due to necessity – children, commuting to college or work and following the team pattern. The sadder part is that in due time, sleep deprivation could eventually lead these night owls to overuse of cigarettes and alcohol, depression and insomnia.

Bad though it sounds this does not mean the prognosis is bad for night owls who hold day jobs. There are ways out. Here is an actual situation with one night owl student who was never with his books any time during the day. He played cricket all evening and watched television or other pursuits till everyone else went to bed. Yet, he was able to catch up on his studies and score excellently at all and every examination he faced, leading to Gold Medallist in the Degree stage. How you may ask? He went to his study table after everyone else in his noisy household had gone off to bed. And what about his sleep, one may ask? Read on.

Research has found that night owls do have a higher IQ than most others.

Their time is used effectively because they have a keen competitive streak in them;

They invariably seek the optimum environment for them to reach maximum productivity and this mentality translates to all their activities giving them an edge over most others;

They appear to be more relaxed than others;

They appear to need less sleep than others;

They wake up much later than others, generally just in time for a shower and off to work.

While consoling ourselves that night time is for regeneration and poor night owls would soon see the consequences, here are a few tips for a confirmed night owl to yet be fully productive during the day bearing in mind that it is no sin to be a night owl:

Modern technology has advanced to such an extent and is continuously evolving to take away the tediousness of any job so one could just delegate it to the Gods of IT. For example if you work on projects, here are the features that a good project management would offer:

Addition of new projects or editing existing projects, monitoring project user management, assigning users to projects, maintaining categories, creating categories for projects, recording project hours, projecting work analysis, generating graphical charts, reports, exporting data and more. Users are also able to view project details, track time spent on projects and extract details of employees on the project. In fact with such a magnitude of apps at hand that could manage a project from start to finish, is it any surprise that clever night owls manage to look and feel relaxed at work?